In violent contests between banded mongoose groups, winning groups have more males and the oldest male in the fight. The advantage of males and oldest males in between-group fights are reflected in decisions within groups, such as preferential care for males. The benefit of having the oldest male decreases in extreme old age, suggesting senescence of fighting ability. The importance of the size of the fighting force and a key individual in mongooses mirrors findings in human warfare. 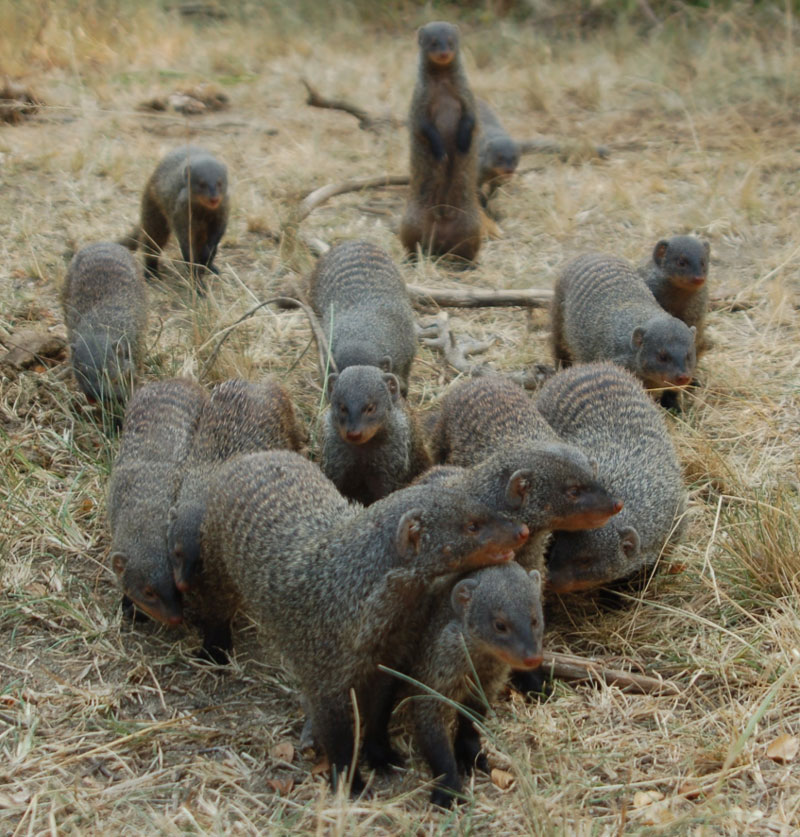 Green and collaborators studied banded mongooses, which live in cooperative groups of approximately 20 adults, plus pups. When two groups meet, fights are common and particularly violent. Death rates from intergroup contests are some of the highest among mammal species. Green and colleagues studied a database of over 600 contests observed over 25 years to understand what predicted which groups won fights. They found that groups were more likely to win if they had more males than their rival group, and if their oldest male was older than that of the rival group.

The two properties important to between-group fights—number of males and oldest male age—might influence within-group behaviors. Males, who drive contest success, receive more care when young and are less likely to be evicted from groups than females. While having the oldest male was beneficial overall, once a group’s oldest male reached extreme old age (11 years or older), he became a hindrance instead of a help. A male’s risk of eviction from the group also increased with age, suggesting groups might kick out unhelpful old males.

HFSP funding was crucial in facilitating the collaboration between Dr. Green—who contributed experience in contest research—and collaborators Drs. Thompson and Cant—who have expertise in the study of social behavior. While revealing connections between human and non-human animal conflicts and sociality, this research also sets the stage for future studies. For example, the researchers hope to use experiments to test whether the oldest males in groups lead group fighting behavior and/or galvanize group effort.

Fighting force and experience combine to determine contest success in a warlike mammal.
Green, P.A., Thompson, F.J., Cant, M.A. Proceedings of the National Academy of Sciences of the United States of America 119 (25)

Fighting force and experience combine to determine contest success in a warlike mammal.
Green, P.A., Thompson, F.J., Cant, M.A. Proceedings of the National Academy of Sciences of the United States of America 119 (25)