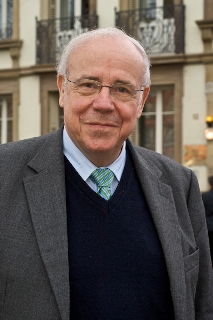 Ernst-Ludwig Winnacker joined HFSPO from his previous position as the first Secretary General of the European Research Council (ERC), where he played a crucial role in setting up this innovative agency for fostering basic research in Europe. Before joining the ERC, he spent nine years as President of the German Research Foundation (DFG). There, he was instrumental in promoting scientific excellence at an international level and in improving research opportunities for women and young scientists. In both the ERC and the DFG, he has been a strong supporter of interdisciplinary approaches to scientific research. Professor Winnacker has been a consistent advocate for frontier science and has never shied away from speaking up on issues such as gene technology and stem cell research. At a time in the 1980s when genetic engineering provoked controversy in Germany, he lobbied successfully for the establishment of a centre for research into gene technology, leading to the establishment of the Gene Center at the Ludwig-Maximilians-Universität (LMU) Munich, where he is still Professor of Biochemistry.