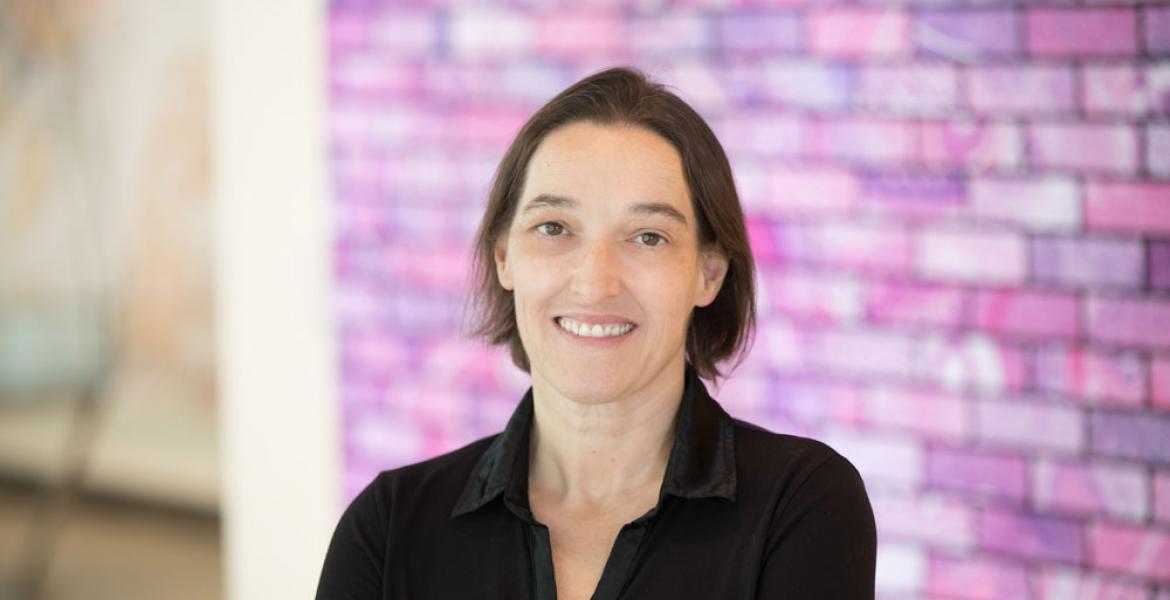 Angelika Amon of the Koch Institute for Integrative Cancer Research at MIT has been awarded the 2020 HFSP Nakasone Award for 'discovering aneuploidy-induced cellular changes and their contribution to tumorigenesis.'

Angelika Amon’s studies showed that in primary cells changes in chromosome number cause proteomic imbalances that lead to numerous cellular stresses and decrease fitness. As with many groundbreaking discoveries, her findings were initially met with skepticism. The idea that aneuploidy is highly detrimental for cells was simply not conceivable given that all cancer cell lines are aneuploid and proliferate with great speed. After showing that aneuploidy affects mammalian cells in the same way as yeast cells, causing cellular stresses and fitness defects, it became clear that her work has defined the field, and provided the theoretical foundation for novel therapeutics that can specifically kill cells in proteotoxic stress. Indeed, Amon has even found lead compounds as a springboard for translating this concept into actual therapeutics.

Aneuploidy – the gain or loss of whole chromosomes - is the leading cause of miscarriages and mental retardation and a hallmark of cancer. More than 90% of solid tumors are aneuploid, which for perspective is an even more prevalent characteristic than any tumor suppressor gene or oncogene mutation. Although, in 1914 , Theodor Boveri proposed that aberrant chromosome segregation is responsible for a normal cell to become a tumor cell, and the strong correlation between the degree of tumor aneuploidy and poor patient outcome was long appreciated, we did not understand how aneuploidy was related to poor prognosis. This was because we lacked an understanding of how gaining or losing chromosomes affects normal cells and organisms.

Research by Angelika Amon changed our understanding. Building on her earlier work on mitosis and mitotic exit, Amon had the vision to apply her knowledge to aneuploidy due to its unambiguous but elusive ties to cancer. She systematically investigated how aneuploidy affects normal cells and in the process made numerous breakthrough discoveries about how aneuploidy causes diseases such as Down syndrome and cancer. Amon revolutionized the field by developing models allowing aneuploidy to be studied in a controlled manner in yeast and mouse. Unlike previous studies where hypotheses were formulated as context specific events (e.g. translocations, copy number variations, specific individual chromosome gains or losses), she tackled the problem with the goal of unveiling unifying mechanisms – a concept that had never even been conceived of. With models in hand, Amon first asked whether changes in gene copy number translate into changes in gene expression. She showed that protein levels reflect gene copy number for the majority of proteins. This was an important breakthrough, fundamentally changing the way we view effects of aneuploidy, as causing proteomic imbalance. Gaining and losing individual chromosomes profoundly alters the cell’s proteome, providing a rationale for why aneuploidy affects virtually all aspects of cellular physiology and impacts all eukaryotes in fundamentally similar ways.

Subsequently, Amon described how changing the expression of many genes simultaneously affects cells and organisms: while aneuploid cells experience proteotoxic and oxidative stress that result in cell proliferation defects and a stress response gene expression signature, some effects are gene-specific where altered dosage elicits a specific phenotype. She further showed that the severity of stresses and ensuing responses correlate with the degree of aneuploidy, and determined the molecular basis whereby the aneuploid state per se causes proteotoxic stress: many proteins whose expression is altered by aneuploidy misfold, overburdening quality control pathways and causing proteotoxic stress. These fundamental breakthroughs indicated that aneuploidy associated stresses are largely independent of the specific genes whose copy number is altered by aneuploidy.

Angelika Amon’s work on how aneuploidy promotes tumorigenesis has been groundbreaking. She showed that aneuploidy causes multiple forms of genomic instability, leading to the discovery of a new class of mutations important for tumorigenesis (mutations that mediate aneuploidy tolerance), and because aneuploidy is rare in normal tissues, she paved the way for exploiting aneuploidy as a therapeutic target in cancer through genetic and small molecule screening efforts.

Her research started the field of aneuploidy. She developed the models and tools to determine how aneuploidy affects cellular and organismal physiology and described the systemic effects of aneuploidy-induced proteomic imbalances. Her work further led to compelling hypotheses as to how aneuploidy drives cancer. Others have contributed to this field, but it was her findings that defined the questions and led to our current understanding of aneuploidy’s impact on cells and organisms and how it could contribute to tumorigenesis.

The Amon lab at MIT