The 19th HFSP Awardees Meeting and 30th anniversary celebration were held in Japan from 9 to 12 July 2019. 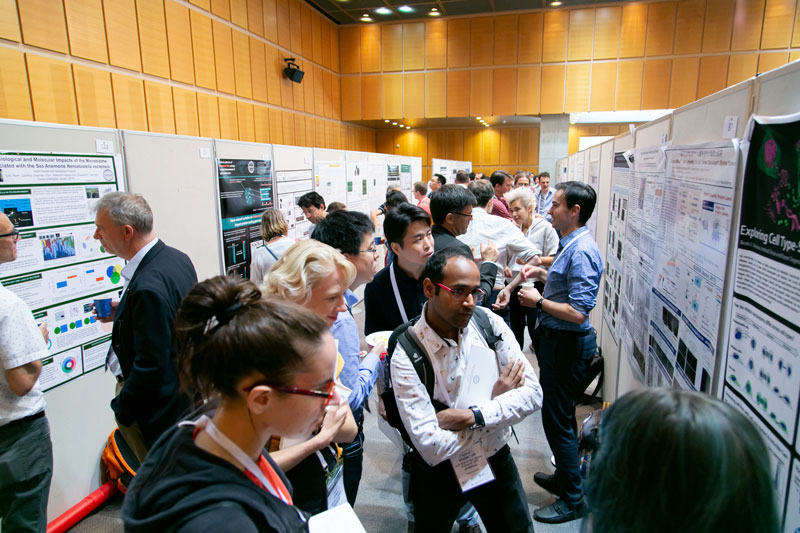 Another highlight of the meeting was the HFSP Nakasone Award ceremony. We were honoured that the presentation of the award to this year's winner, Michael Hall, was made by Hirofumi Nakasone, Member of the House of Councillors, National Diet of Japan and son of Prime Minister Nakasone of Japan upon whose initiative HFSP was founded in 1989.

The anniversary celebration was followed by the annual HFSP Awardees Meeting at the Tsukuba International Congress Center from 10 to 12 July. Almost 300 participants attended, including current HFSP awardees and alumni. This year there were 30 full talks, including a special session for HFSP alumni based in Japan.  Over the 3-day meeting, 155 posters were presented, of which 30 were selected for 3-minute poster-teaser talks.

Special excursions to the International Institute for Integrative Sleep Medicine (IIIS), The National Institute of Advanced Industrial Science and Technology (AIST) and the BioResource Research Center at RIKEN were organised for a small number of participants. Attendees also enjoyed the social events, appreciating both the networking opportunities and the delicious Japanese cuisine at Sansuitei restaurant and the Okura Frontier Hotel.

HFSPO is grateful to MEXT (Ministry of Education, Culture, Sports, Science and Technology, Japan), METI (Ministry of Economy, Trade and Industry, Japan) and AMED (Japan Agency for Medical Research and Development) for their generous assistance and support.