Sleep during a critical adolescent period determines the behavioral preference for social novelty during social interactions in adulthood. This developmental sleep function relies on the dopaminergic circuitry in the brain.

Sleep is essential for almost all animals. In humans, sleep takes nearly one third of our lives, allows our body and mind to rest, recharge, and regain balance from previous waking activities, but also enables important cognitive functions such as memory consolidation and synaptic plasticity. While most of these sleep functions were identified in adult individuals, the role of sleep in development remains a mystery. 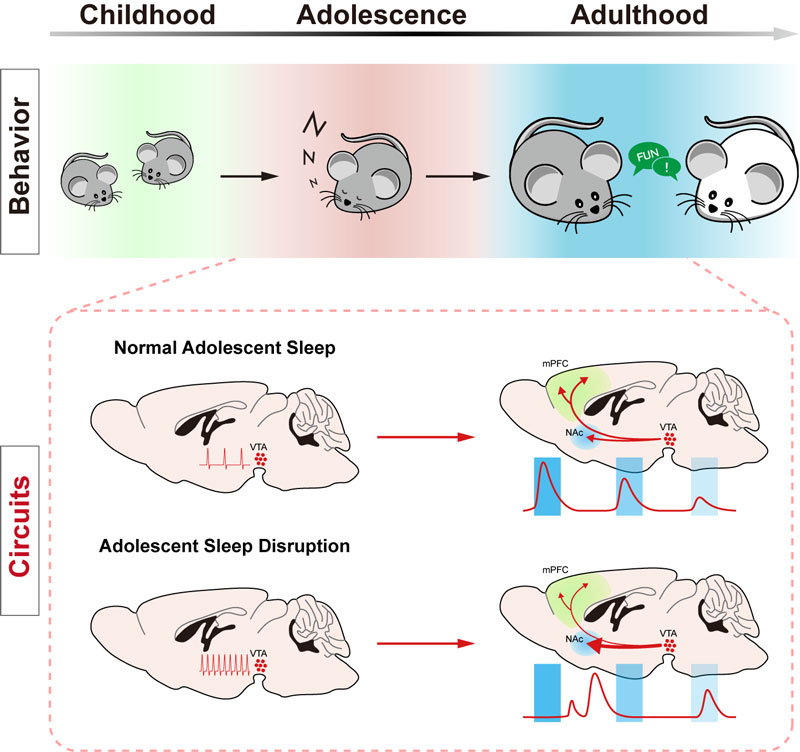 Figure 1: a graphic summary of the role of sleep in shaping social interaction behavior during adolescence. A coherent sleep/wake cycle keeps balance in VTA activity level during the critical adolescent period, which is essential for a normal response pattern and projection profile of VTA dopaminergic circuits during adult social interactions.

Sleep architecture dramatically changes throughout the developmental course. Newborn babies spend most of their time sleeping (14 - 17 hours per day). Then, the daily sleep amount gradually decreases as the individual grows from childhood, through adolescence, and to adulthood when the daily requirement for sleep is kept at around seven hours. In addition, brain activity during adolescent sleep, revealed by electroencephalogram, contains more featured components, such as so-called slow waves and sleep spindles, compared to adult sleep. So, why is adolescent sleep distinct from adult sleep? Does the former carry a special function in development?

To answer this question, we sought to deprive the adolescent mice (35 - 42 days after birth) from daily sleep for four hours per day and on five consecutive days. As a result, we found that these sleep-disrupted mice exhibited altered social interaction behavior in later adulthood compared to the control animals without prior sleep disruption. Mice are social animals and likes to explore and investigate novel conspecifics upon encounter, and when a novel stranger and a familiar mouse are both present, they prefer to interact more with the novel stranger. This is called the social novelty preference in mice. When examined at a young adult stage using a test called the three-chamber social interaction test, sleep-disrupted mice failed to show this social novelty preference. On average, they spent equal amounts of time interacting with both the stranger and the familiar mouse. Interestingly, when the same sleep disruption was performed in adult mice, it did not lead to the same defect, suggesting that this is a function unique to sleep in adolescence.

What are the neural underpinnings at the neural circuit level of this sleep function? The dopaminergic neurons in a brain region called the ventral tegmental area in midbrain as well as their axon projections and projection targets constitute a pathway that controls motivation, addiction and reward seeking behavior. It also significantly regulates social interaction behavior because novel social stimuli are perceived as reward signals in social animals like mice and humans. Combining the cutting-edge fiber photometry technique with the neuronal activity indicator or with the dopamine biosensor, we found that a social novelty-dependent response pattern of dopaminergic signalling that was seen in control mice was lost in the sleep-disrupted animals. Furthermore, using chemogenetic tools, we found that overexcitation of the dopaminergic neurons during adolescence mimicked, whereas their inhibition prevented, the social impairment caused by sleep disruption, suggesting that a balanced level of dopaminergic activity during adolescence is critical for this developmental sleep function.

In the last part of the study, we explored the possibility of using adolescent sleep intervention as a means to ameliorate social deficits in mouse models of neurodevelopmental disorders, which also show adolescent sleep defects. In mice bearing autism-associated mutations in the Shank3 gene, we found that restoration of adolescent sleep, using pharmacological or optogenetic methods, significantly rescued their social novelty preference and improved their social interaction behavior later in adulthood.

Our study deepens our understanding of sleep and social behavior by connecting them in the context of adolescent development. For generally healthy people, good sleep during adolescence may have a greater impact on the quality of social life later on than we used to realize; and for adolescents unfortunately diagnosed with autism, schizophrenia, or other neurodevelopmental disorders, early sleep interventions might be a promising way to ameliorate or prevent their social symptoms from progression in the future. 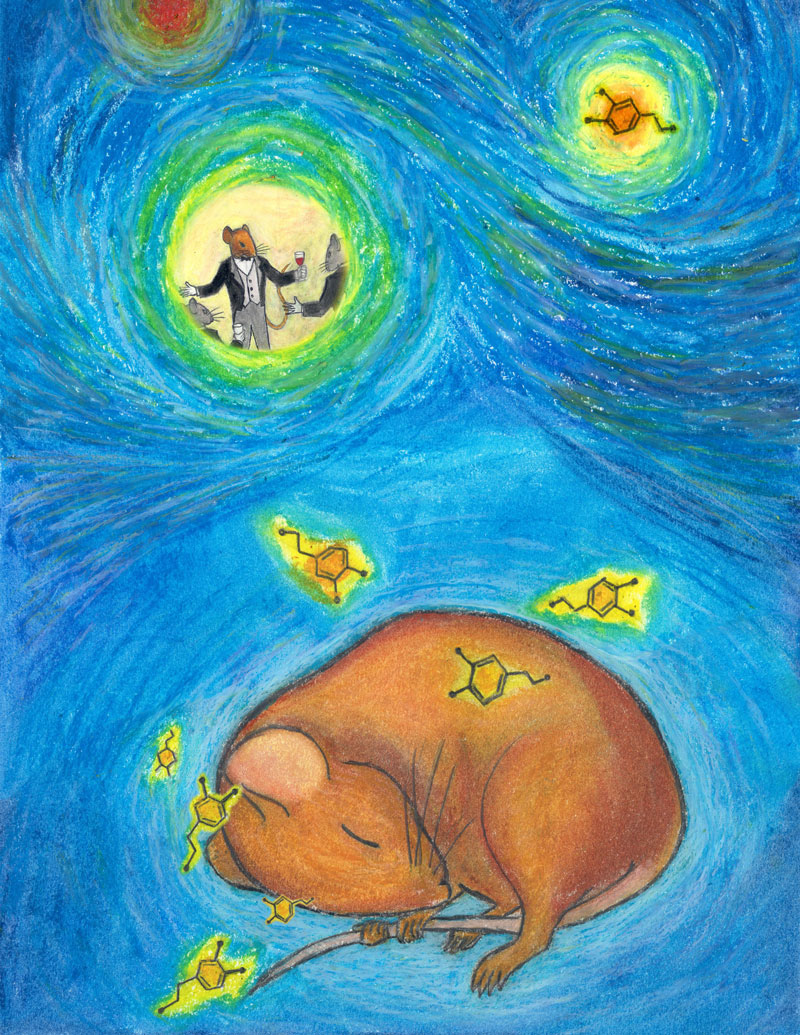 The first and co-corresponding author of this work, Dr. Wen-Jie Bian, previously held an HFSP Long-Term Fellowship. The HFSP funding facilitated his postdoctoral training and granted him great autonomy in leading this project, purchasing equipment and research materials needed for the study, and enabled him to attend international meetings where he presented this work multiple times. As an HFSP fellow, Dr. Bian attended the Lindau Nobel Laureate Meeting in 2018, presented this work at the Max Planck Institute of Psychiatry, and connected with many brilliant minds around the world through the HFSP and Lindau alumni networks.

In the media
Nature’s News and Views
Spectrum