Home / News & Events / Enabling technology for everyday use: the role of subsurface structures for biological adhesion

Enabling technology for everyday use: the role of subsurface structures for biological adhesion

In 2012, Duncan Irschick and Alfred Crosby from UMass Amherst, USA together with Walter Federle, University of Cambridge, UK were awarded an HFSP Research Grant to investigate what kind of adhesive mechanisms animals such as geckos use when climbing smooth surfaces. The team was interested in so-called fibrillary-design structures which are behind adhesive hairs that have been observed in nature. These subsurface and internal structures, particularly with regards to stiffness and resilience, represent critical ingredients for adhesion and were the main objectives of the study for the team.

Geckos range in body size from about a 100-fold between species, and it had been assumed that larger toe pads account for the ability of larger geckos to climb as well as smaller ones. A first milestone was the discovery by the team of biologists and polymer scientists that increasing the surface area of gecko toe pads alone cannot explain this. Instead, they suggest that the bodies of geckos act much like a spring, and interestingly, as geckos become larger, they also become stiffer.  This change enables larger geckos to climb as well as small geckos. These same principles also led to the invention of a flexible adhesive called Geckskin®, which mimics a gecko’s ability to strongly attach yet easily detach their feet to walk on walls and ceilings. As a result, the team’s materials scientists constructed a model gecko system using a synthetic adhesive pad and tendon, or mechanical spring, and ran experiments to simulate the dynamic motion of climbing. These experiments with synthetic gecko feet showed the same pattern, confirming results observed in live geckos. 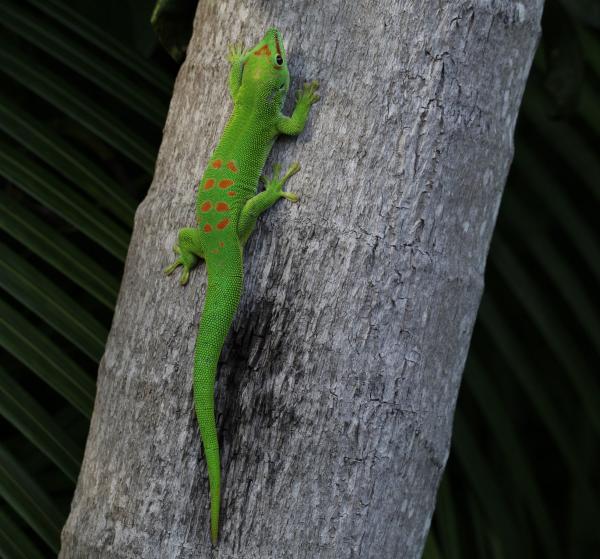 In the wake of the modelling exercises with geckos and other animals, HFSP grant awardee Duncan Irschick, together with his students developed a new tool for animal modelling called the “Beastcam” - a multi-armed platform that integrates several cameras plus a computer system. The technology developed from traditional photogrammetry enables 3D modelling of even larger objects such as human beings or even cars. 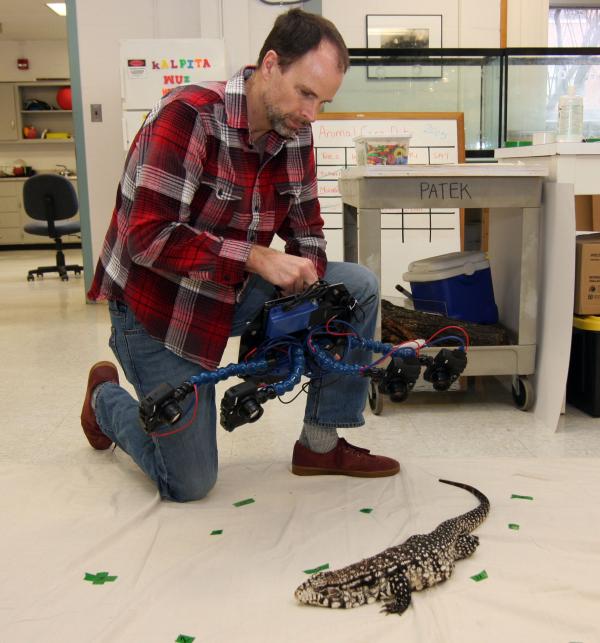