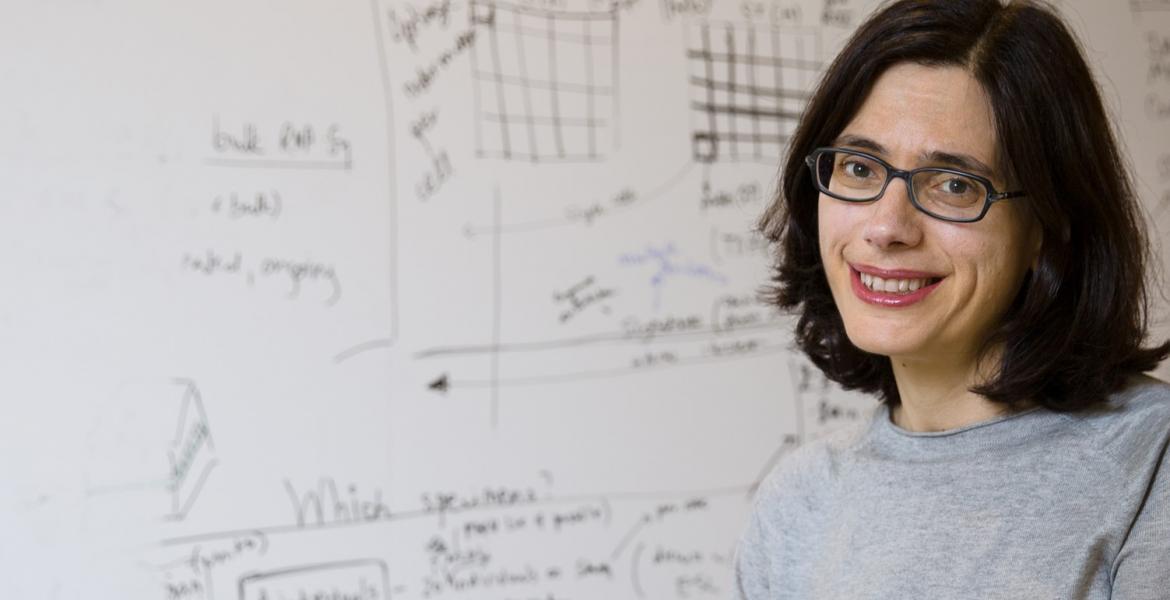 General description of the research breakthrough

Prior to Aviv Regev’s work, researchers profiled gene expression in tissues in bulk, analysing many cells in a single experiment. In order to study the behaviour and gene expression patterns of individual cells, including rare ones that are lost in bulk sequencing, new tools and approaches were necessary and Aviv Regev built a powerful suite of technologies to understand complex mechanisms at the level of an individual cell. Knowledge of its complex properties and dynamic behaviour provides the source for understanding the physiology of the organism.

The cell is the fundamental unit of life, analogous to the molecule in chemistry. It is the entity with the capacity to function independently. Regev’s key breakthrough has been to experimentally, conceptually, and computationally make it possible to analyse individual cells on a grand scale, thereby supporting HFSP’s mission of “basic research into the complex mechanisms of living organisms.”

This work has produced fundamental new insights into an extraordinarily wide range of molecular systems and fields, including immunology, neurobiology, development, and cancer. In doing so, Regev has empowered scientists worldwide to answer the deepest and most general biological questions – how do cellular circuits function and rewire, and how do these dynamics underlie health and malfunction in disease?

Background to the research

Aviv Regev is a pioneer of the single-cell genomics revolution - a new field - in which she was a key force behind the development of this technology and its computational heart. This breakthrough allows us to chart molecular circuits at the root of disease with unprecedented scale and precision, transforming biomedicine. In Regev’s landmark 2013 Nature publication, she and her lab profiled the transcriptomes of 18 dendritic cells – revealing two different cell types within a supposedly homogeneous population. Critically, the publication laid a conceptual and practical roadmap for the field by showing how to formulate questions for single-cell analysis, design the experiments and analyse the data, disentangle noise from biological variation, and validate the results.

Regev built on this foundation by developing an extraordinary suite of single-cell genomics tools, including Drop-Seq, which sequences the RNA of millions of individual cells per experiment at a low cost, and Perturb-Seq, which combines Drop-Seq with pooled CRISPR screens to analyse combinations of thousands of mutations simultaneously on genome-wide gene expression. Drop-Seq opened the door for a range of questions that were until then out of reach. Regev has also managed to profile RNA from tissues that are preserved or cannot be dissociated using single nucleus RNA-Seq.

Regev then led efforts to deploy these methods to reveal key biological insights. She undertook the first single-cell RNA-Seq profiling studies of solid tumours and the surrounding ecosystem, showing how to combine a few single-cell signatures with large bulk RNA-Seq datasets to reveal sub-populations within tumours and correlate tumour heterogeneity to prognosis. She has also dissected other complex molecular networks in the small intestine, retina, and hematopoietic and immune systems. Her landmark study of melanoma response to immunotherapy identified a molecular circuit driving resistance, and a therapeutic way to overcome it – demonstrating real patient impact from her discoveries. She also deploys single-cell analysis to reveal new cell types and molecular circuits and discovered interactions between gut epithelial cells and immune cells that allow the gut to reshape itself in response to external threats. In ulcerative colitis patients, she identified a type of cell that only arises in the diseased colon and a molecular circuit that drives resistance to the most common therapy. Stunningly, in the lung, Regev and her collaborators discovered the rare pulmonary ionocytes and found that it was the main cell type expressing the CFTR gene (responsible for cystic fibrosis) – overturning decades of accepted wisdom in the field that the CFTR gene was widely expressed in the lung epithelium.

Under Regev’s leadership and collaborations new cell types in the retina were identified and heterogeneity in cancer was resolved into stem cells, differentiated populations of cancer cells, and immune cells in the environment, examples of a few of her discoveries. At every step along this progression, new statistical and computational tools were developed by Aviv Regev to collect data efficiently and also to analyse it in a reliable fashion to yield biological insights.

Aviv Regev is one of the leading scientists of her generation. She combines unusual expertise, a broad interest in biology, deep computational work, and development of cutting-edge technical approaches. Her drive and interest are contagious, and she has made simply outstanding contributions to the life sciences by solving problems ranging from short-term signalling to evolutionary changes over millions of years through the profiling of single cells. Working with scientists at the Broad Institute, MIT, Harvard  and others, Regev was the force behind developing this technology and its computational heart. She has demonstrated her leadership in this field through her incredible working capacity and an extremely quick sense for the most interesting questions and ways to solve them.

Aviv Regev, a computational and systems biologist, was until 2020 a Professor of Biology at MIT and Core Member at the Broad Institute of MIT and Harvard (now on leave), a Howard Hughes Medical Institute Investigator, and the Chair of the Faculty and the Director of the Klarman Cell Observatory and Cell Circuits Program at the Broad Institute. She remains a co-chair of the organising committee of the international Human Cell Atlas project and now holds the position of Executive Vice President and Head of Genentech Research and Early Development, a member of the Roche group.

A native of Israel, Aviv Regev received her MSc from Tel Aviv University, studying biology, computer science, and mathematics in the Adi Lautman Interdisciplinary Program for the Fostering of Excellence. She received her PhD in computational biology from Tel Aviv University in 2002. Regev was then appointed as a Bauer Fellow at Harvard University, where she ran her own independent laboratory. Her innovative approaches to studying genetic regulation led to her appointment as a faculty member at MIT and the Broad Institute of MIT and Harvard, where she established her group in 2006, until her lab moved to Genentech in 2021. Regev’s lab focuses on identifying and inferring cellular and tissue circuits by developing and applying new experimental and computational tools. In particular, she has pioneered the methods driving the new field of single-cell biology.

Link to the Regev lab at the Broad Institute