The 2022 HFSP Nakasone Award has been awarded to Aviv Regev and jointly to Franz-Ulrich Hartl and Arthur L. Horwich.

one HFSP Nakasone Award will go to

A second HFSP Nakasone Award is awarded jointly to

Franz-Ulrich Hartl and Arthur L. Horwich
for their discoveries revealing the functions and mechanisms of chaperone-mediated protein folding and the implication of their work in understanding human disease.

The Human Frontier Science Program (HFSP) has announced that one of the 2022 HFSP Nakasone Awards will be awarded to Aviv Regev of Genentech, a member of the Roche Group, South San Francisco (USA) for unravelling the biological processes controlling cellular phenotype through innovative computational, mathematical, and experimental approaches applied to single-cell genomics.

A second 2022 HFSP Nakasone Award will be awarded jointly to Franz-Ulrich Hartl of the Max Planck Institute of Biochemistry, Martinsried (Germany) and Arthur L. Horwich of Yale University, New Haven (USA) for their discoveries revealing the functions and mechanisms of chaperone-mediated protein folding and the implication of their work in understanding human disease.

The HFSP Nakasone Award was established to honour scientists who have made key breakthroughs in fields at the forefront of the life sciences. It recognizes the vision of Japan’s former Prime Minister Nakasone in the creation of the international science funding organization. The 2022 HFSP Nakasone Awards are exemplary because the work of Aviv Regev, Franz-Ulrich Hartl and Arthur L. Horwich led to the establishment of new fields for single-cell technology and assisted protein folding, resulting in major advances that have a profound impact on biology and biomedicine.

Aviv Regev conceived a powerful suite of technologies to understand complex mechanisms at the level of an individual cell. Knowledge of its complex properties and dynamic behaviour provides the source for understanding the physiology of the organism. The cell is the fundamental unit of life, analogous to the molecule in chemistry. It is the entity with the capacity to function independently. Regev’s key breakthrough has been to experimentally, conceptually, and computationally make it possible to analyse individual cells on a grand scale, thereby supporting HFSP’s mission of “basic research into the complex mechanisms of living organisms.” Her work has produced fundamental new insights into an extraordinarily wide range of molecular systems and fields, including immunology, neurobiology, development, and cancer. In doing so, she has empowered scientists worldwide to answer the deepest and most general biological questions – how do cellular circuits function and rewire, and how do these dynamics underlie health and malfunction in disease?

You can read more on the 2022 HFSP Nakasone Award to Aviv Regev here.

The ground-breaking discoveries made by F. Ulrich Hartl and Arthur L. Horwich established that many newly made proteins do not fold spontaneously but rather need the help of specialized folding machines, chaperones, to achieve their functional state. These molecular machines and their mechanics were illuminated primarily through the pioneering work by the laboratories of Hartl and Horwich. Their contributions are numerous, crucial, and profoundly complementary. Moreover, some of their most important early discoveries stemmed from their direct collaboration. These discoveries commenced with the demonstration, in 1989, that protein folding in mitochondria requires a particular helper complex and continued with the systematic dissection of the mechanism of bacterial chaperonin, with both of the nominated researchers independently arriving at the critical insight that proteins fold within the encapsulated central cavity of that complex. The discovery of this fundamental biological principle helps to explain the phenotypes of human disease resulting from failure of protein homeostasis, including certain neurodegenerative disorders, and offers the prospect of developing novel therapies.

You can read more on the 2022 HFSP Nakasone Award to F. Ulrich Hartl and Arthur Horwich here. 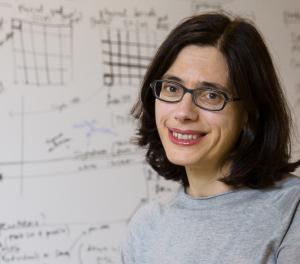 Aviv Regev, a computational and systems biologist, was until 2020 a Professor of Biology at MIT and Core Member at the Broad Institute of MIT and Harvard (now on leave), a Howard Hughes Medical Institute Investigator, and the Chair of the Faculty, and the Director of the Klarman Cell Observatory and Cell Circuits Program at the Broad Institute. She remains a co-chair of the organising committee for the international Human Cell Atlas project and now holds the position of Executive Vice President and Head of Research and Early Development at Genentech, a member of the Roche Group. 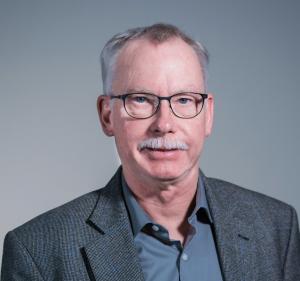 Franz-Ulrich Hartl is a biochemist who was appointed Group Leader at the Institute of Physiological Chemistry at the University of Munich in 1987. In 1991, he became Associate Member in the Program in Cellular Biochemistry & Biophysics at the Sloan Kettering Institute, New York, and Member with tenure in 1993. He held additional posts at the Graduate School of Medical Sciences at Cornell University. From 1994 to 1997, he was Associate Investigator of the Howard Hughes Medical Institute. Since 1997, he is a Director at the Max Planck Institute of Biochemistry, Martinsried, Germany. 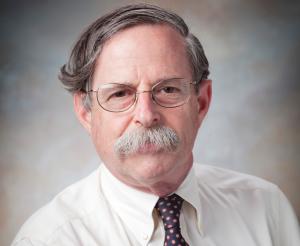 Arthur L. Horwich trained in medicine and did his residency in paediatrics at the Yale New Haven Hospital before working at the Salk Institute in La Jolla. After a second postdoctoral position in the Department of Genetics, Yale University School of Medicine, he became an Assistant Professor of Genetics, rising through the ranks to become Full Professor in 1995, where he remains as a faculty member. From 1990 to 2020, he was an Investigator of the Howard Hughes Medical Institute.

The Human Frontier Science Program was founded in 1989 to advance international research and training at the frontier of the life sciences. It is supported in 2021 by contributions from the G7 nations, together with Switzerland, Australia, India, Israel, New Zealand, Singapore, Republic of Korea and the European Union. With its collaborative research grants and postdoctoral fellowships, the Program has issued over 4500 awards involving more than 7500 scientists from all over the world.  Since the beginning of the Program in 1989, 28 HFSP awardees have gone on to win the Nobel Prize.